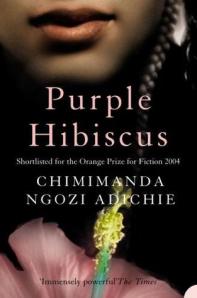 At the start, Chimamanda Ngozi Adichie’s debut novel, “Purple Hibiscus,” is a story about absence. From the beginning, the main narrator describes everyone around her in great detail. From their mannerisms to appearance, we know this Nigerian family of devout Catholics intimately. Papa, the ill-tempered, religious patriarch obsessed with righteousness; Mama, the docile, obedient wife; and Jaja, the rebellious teenage son. Missing is the main narrator, Kambili, whose name and physical appearance remain a mystery early on. The first time Kambili talks about herself, she reads her name in her father’s handwriting on a daily schedule of chores and activities he created for her and Jaja. Adichie subtly demonstrates how abuse erases the existence of the abused because the abuser has made the person in their image. Kambili’s character personified two phrases, “Children are to be seen and not heard” and “Quiet people have the loudest minds.”

Rife with religious overtones, it’s easy to see that Papa is God-like in the imagination of his family. He can bestow love, warmth, and validation for actions he deems “good” while unleashing acts of violence at random moments for disobedience.

In the novel, two themes are present, redemption and sacrifice. During their visits with Aunty Ifeoma and her family in the neighboring town of Nsukka, Kambili and Jaja glimpse a life of freedom. They interact with their cousins, free to express their thoughts, while still receiving discipline from their loving mother. They see freedom of spiritual expression, shown by their grandfather, Papa-Nnukwu, an African religious traditionalist. And affection is freely given to them by Father Amandi, an attractive young priest who captivates Kambili’s young teenage imagination.

In the end, their newfound freedom comes at a price. On page 289, Kambili tells Jaja that “God works in mysterious ways.” Jaja’s responded, “Of course God does. Look what he did to his faithful servant Job, even to his son. But have you ever wondered why? Why did he have to murder his own son so we would be saved? Why didn’t he just go ahead and save us?” These are the questions readers will have at the end as well when the family is torn apart, “Why didn’t anyone (Mama, Papa, Aunty Ifeoma, any church officials, the driver, etc.) save this family from abuse? Why did lives have to be sacrificed?

Overall, I enjoyed the book, but initially, I was frustrated at the portrayal of the abuse. Papa’s violent outbursts hung in the air and created tension with little payoff. The physical violence he administered was pointed to but not demonstrated in detail. Papa often abused his family behind closed doors, with only the aftermath shared. Yet, I better understood the novel’s tone when I reread the story. Adichie created an atmosphere of abuse by not recounting every instance of violence because this is how abuse thrives: behind closed doors, in the shadows, in what is left unsaid. Never is it direct or honest. Only when abused people see their self-worth, by interacting with outsiders who validate them or feeling hopeless enough to seek help, can abuse be brought to light. While abuse is dreadful, what comes after the abuse is exposed is often worse and unpredictable. Ongoing abuse provides familiarity and consistency, its peculiar comfort. Still, once the abuse has ended, the chance of a new beginning is present. Hope, however small, is renewed.